As people connect and work on projects together, screening opportunities are made available for seeing group members’ works.  Our quarterly showcases include a presentation in January to highlight a culmination of films created the previous year and a co-sponsored event with RiverRun International Film Festival.

Educational opportunities such as scriptwriting, various aspect of filmmaking, and stunt work are held throughout each month. Learn more about these on our EDUCATE page!

At 7 p.m. on the first Thursday of each month, members and guests of the Triad Film Collaborative are invited to the organizational meetings where they can network, have discussion, and plan projects.

Anyone who wants to manage one aspect of a project and pull a team together to create a film can get started at our meeting.

The possibilities are endless!

TFC will maintain a calendar to indicate which projects are underway in case people want to participate or take advantage of scheduling talent from one project to the next.

Members can also bring any issues, concerns, or questions regarding projects to discuss at the meeting. As a group, we’ll have the resources to brainstorm and problem-solve.

We’ll also highlight a specific topic for discussion at each meeting focusing on one step of producing a film.  Those steps include: 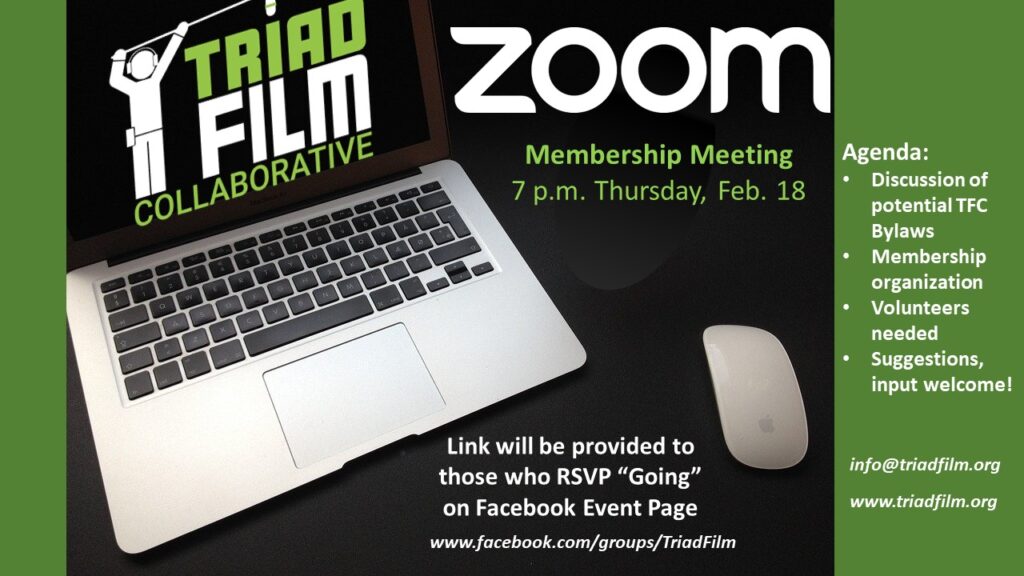